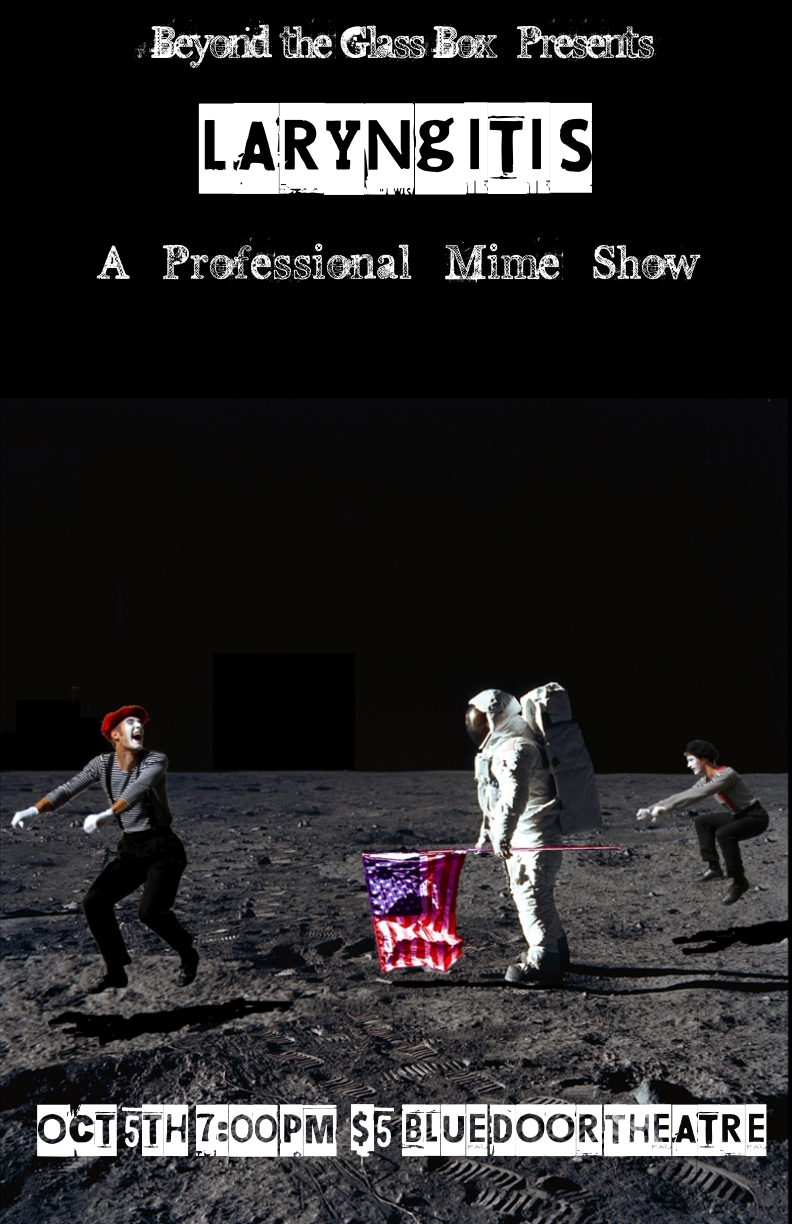 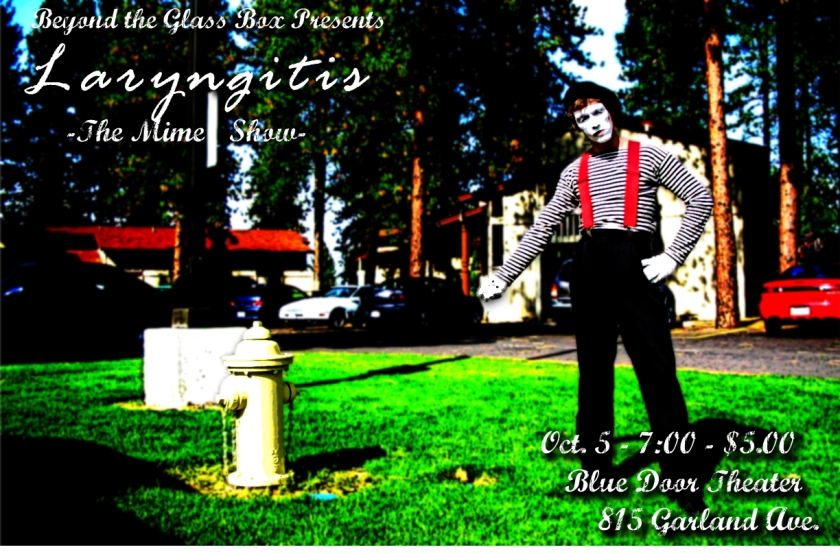 Short film — Not a mime piece.
Also, The Singing Mime.
Features Parker Matthews from Beyond the Glass Box. Filmed and edited by Beau Chevassus.

Features  Beau Chevassus from Beyond the Glass Box. (no makeup)

Features  Beau Chevassus from Beyond the Glass Box. (no makeup) 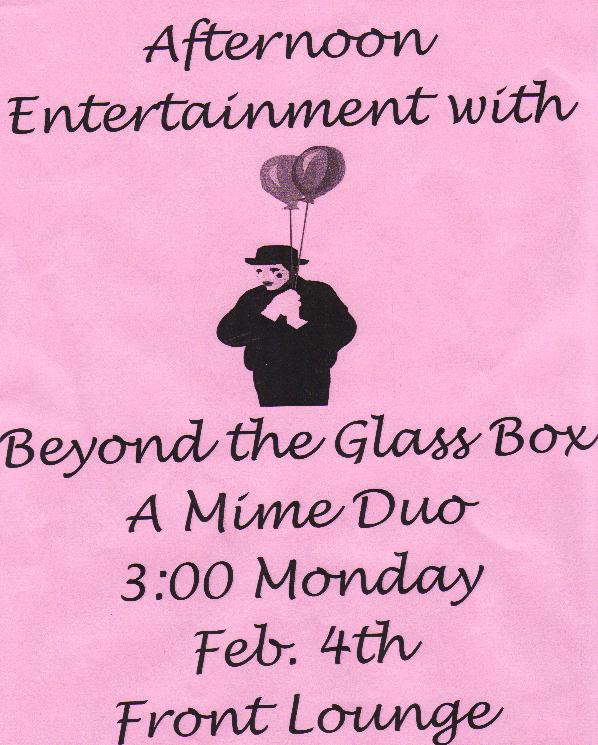 A very old video of Beau Chevassus from Beyond the Glass Box.
Filmed in-class at Whitworth College for a serious mime piece.

Notes from Beau Chevassus: Recently I performed a revised rendition of this piece in Hollywood, obviously with the main point preserved, for “Motion Theory,” a Production company in Venice, CA. The scene was shot on New York Street, Paramount studios, Hollywood. At this point, the film may take up to 6 months to produce (scoring, animating, etc). I’m pretty pumped to see the finished result… I have a feeling it will be more powerful than this fuzzy, in-class video, though I hope you still found this original version moving. See pics & read a little about the filming at Paramount.

Description of this video:

A businessman on the second tower of the World Trade Centers experiences the United States worst terrorist attack.

*Note! This is VERY unlike typical Mime sketches. It is not meant to be funny in any way.

Pretty heavy duty in tone, this piece I performed to fulfill the “Serious Sketch” assignment for TA 277 [Mime] at Whitworth College/University (Comparably my miming abilities have improved dramatically, though I still have a lot to learn!). I approached this piece with traditional pantomime essentials, such as music, costume, etc. Filmed by Thomas Robinson from Cannon Beach OR, an Art major at Whitworth University. I ought to mention that Robinson is not necessarily ‘used’ to film.

The Beyond the Glass Box mime…

is truly the silent type. Beau Chevassus has mimed from Pike Place to Paris.

Chevassus is an expert at the art of pantomime—the ability to make the invisible visible.

From something as simple as being in a glass box to adopting the characteristics of a robot, with gloves on and classic black and white stripes, prepared to have the words taken out of your mouth.

Contact Beyond the Glass Box for a quote or simply to chat--yes mimes are allowed to talk if the gloves are off.